When considering whether to take advantage of a Mexico real estate deal, buyers will want to consider 2 main points; one is the economic situation of Mexico and the area, the other are the particular strengths of that given property.

While the strengths of each given property are best worked out with an experienced and qualified Mexico agent, the economic situation of Mexico can be evaluated on the whole as being very conducive to investing in real estate.

While Mexico's economy, along with pretty much the rest of the world, took a blow during 2009 with sharp contraction, during 2010 the economy grew by an incredible 5.5%, which is the best growth performance during the past decade.

With this performance in Mexico, many investors are buying Mexico homes for sale with confidence in steady price increases and value upheld by strong economic growth.

While all major industries fared fairly well, including manufacturing (which grew over 6%), agriculture and services, with a more balanced growth, tourism has certainly been one of the country's strongholds, and continues to gain some of the most attention from the federal and state governments, as well as drawing large amounts of large-scale international investment; for this reason Mexico's President, Felipe Calderon, has declared 2011 Mexico's Year of Tourism, and signed a Nation Tourism Agreement between the states and federal government.

This fact is of particular importance to many home buyers considering Mexico since the majority of strong real estate markets depend heavily on the services and conveniences brought from tourism investment and infrastructure, as well as providing a large foreign presence which not only adds a sense of comfort for the majority of buyers, but also brings a large market for home owners intending to rent out to vacationers to generate income.

Other points about the Mexican economy is that the last three months of 2010 saw growth of 1.3% over the 3rd quarter of the year. Mexico also has a healthy inflation rate of 3.8%, as compared to 4.4% at the end of 2010, which distinguishes it from other emerging economies which are having issues with high inflation. This means that interest rates will probably stat at the current 4.5%, which is good news for buyers interested in gaining a mortgage from a Mexican banking institution. 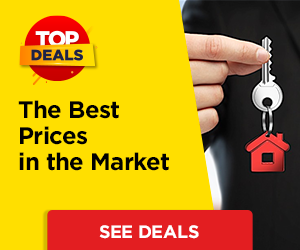