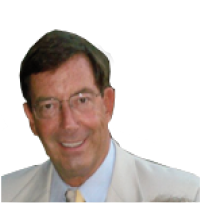 Mexico real estate on the Baja California Peninsula is one of the most convenient locations because of the beautiful natural surroundings and the very short distance to the U.S.  Recent news has reported that sales are up in the “Riviera Baja” area.

The area, which is part of the Rosarito real estate region, includes the communities of Naos, Calafia and Las Gaviotas have recently reported new sales, which are helping to support the economy which is also benefiting from a recovery in tourism.  Rosarito has emerged as a favorite location on the Pacific coast of Baja California, near the border crossing in Tijuana.

While most of Mexico is readily accessible by airplane, areas like Rosarito are accessible to many Americans from the West Coast and the South-West regions by car.  Even residents of the south of British Columbia would be able to consider a driving trip down along the coast to enjoy a property in this area – in less time than a trip to most other parts of Canada.  For this reason, Mexico beachfront for sale has become very popular, and a significant expat community exists in the area.

A market with similar benefits is that of Rocky Point real estate, which is located on the other side of the Peninsula, directly where it joins with the mainland, or, at the tip of the Sea of Cortez.  The area is often referred to as “Arizona’s beachfront” since it is only a few hours’ drive from the city of Phoenix.

Rocky Point is surrounding by wide, open desert, which blends into the beaches on the waterfront.  Rocky Point, which has been a favorite for both vacationers and real estate buyers from the nearby States, has seen large-scale tourism take off recently.  A slow-down during the recession has created a surplus of units on the market which has led to a renewed wave of interest in buying competitively price new condos.  A recently constructed international airport has also opened up easier access to parts of North America beyond driving distance.

The Secretary of Tourism for the State of Baja California Norte, Juan Tintos, there are good signs that tourism is picking up again in Baja California.

"We're going to be more present in California to put this message across that we are in a very good situation, that tourists are welcome," said Tintos.

Region: Rocky Point real estate. Bill Barvitski is a licensed Realtor in Sonora, voted "Best realtor of the Year." A Graduate of Sonora Real Estate Training, he is creator of the Professionalism for the Real Estate community in Sonora, where he is also a founding member, AMPI Penasco Chapter. He is highly experienced in business and real estate investment. He currently resides both in Rocky Point and in Scottsdale, Arizona.