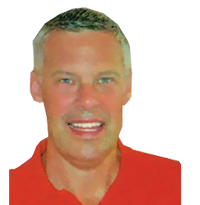 Mexico’s Pacific Coast has a variety of excellent real estate regions for North American buyers to consider.  The most popular is certainly Puerto Vallarta real estate, yet other locations present a unique lifestyle atmosphere, such as Mazatlan real estate or Ixtapa real estate.    The following is an overview of these three options, and an explanation of what makes each one unique.

Puerto Vallarta has been one of Mexico’s longest standing expat communities, which started gaining fame during the 50s and especially the 60s when several Hollywood films were shot in the area.  What was originally a traditional Mexican coastal fishing village began to grow as a modern tourist and expat community.  These factors are what currently define Puerto Vallarta.  The old town is still defined by straight, cobbles-stone roads running between quaint, white homes with red tile roofs, disappearing up into the hillside communities back from the water.

On the oceanfront of the old town is the boardwalk, still the most popular place to hang out for dining, drinking and enjoying culture.  Surrounding the old town is a growing number of new communities, which have stretched out along the beaches of the Bay of Banderas, offering expats modern luxury in close proximity to the city’s Mexican heritage, as well to modern amenities such as malls, marinas and golf course.

Mazatlan, on the other hand, has been established as a city for centuries, and is one of the few in Latin America that is an old colonial city, rich with history and long-lasting traditions located on a beachfront that offers residents modern comfort and luxury.  The old city, which recently saw key areas, such as the central market, restored, was home to various key features of Mexico’s culture, including the creation of one of Mexico’s favorite beers (Pacifico) and the birth of the “banda” music which helped define northern Mexican music tradititions ever since.  Along the beachfront, walking distance from this hub of history and culture, are modern, high-rise condos and beautiful park areas.  The city likewise offers malls and international stores.

Ixtapa combines the traditional and the modern in its own way.  The old town of Zihuatanejo – famously mentioned in the movie “The Shawshank Redemption,” where Red finally makes his way to freedom and a relaxing lifestyle – is only 10-15 minutes away from Ixtapa itself, which is Mexico’s second Integrated Resort Community, built in the early 70s following the model of Cancun.

The Pacific Coast options each have their own character, but share a few things in common; the combination of traditions and modern convenience, as well as breath-taking sunsets over the Pacific!