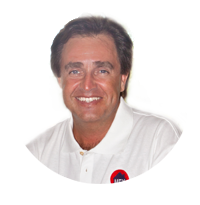 During the second week of October, 2011, Mexico’s Ministry of Tourism and the Tourism Board of Mexico presented the progress of various tourism aimed re-enforcing promotion in its top international tourist markets.  Such efforts are likely to bring positive results for owners of Bahia Principe real estate near Playa del Carmen and other resort real estate in Mexico.

Real estate located within resort complexes, such as Bahia Principe, is very dependent on tourism both in terms of lifestyle and future resale value.  For this reason it is important for buyers considering this type of purchase to be aware of Mexico’s ongoing investment into strengthening promotion in the U.S., Mexico’s main market for tourism.

The campaign for the U.S. Market, "Mexico, The Place You Thought You Knew" will be strengthened to increase visitor arrivals from the U.S. and consolidate Mexico’s position as the leading destination for U.S. travelers. The campaign is testimony to show travel experience in authentic Mexican destinations.

The campaign has been recognized with three awards granted by gold Magellan Travel Weeky to the best of the global tourism industry, two of them for the category of Beaches in Mazatlan and the Riviera Maya (the location of Bahia Principe), and the other for the category of Art for Puerto Vallarta.

Another campaign was implemented in the four largest European markets for Mexico, which are the United Kingdom, Spain, France and Germany.  These countries recorded an increase of tourists to Mexico during 2010 of 14.9%, 33.1%, 3.7% and 16% respectively, compared with the previous year.

The report also detailed the launch of the new campaign promoting Mexico for the European market, called "Mexico Today", the which is based on three main areas: tourism, sustainability and economics.

As part of this program, Transaero Airlines seeks to increase flights from Moscow to Cancun the next winter season and begin to operate a flight from Moscow to Mexico City in 2012.

Increased promotion combined with increased flight options will help Mexico’s resorts remain among the most desirable to be found.  This means that those who buy condos or villas in the resorts like Bahia Principe now have a strong likelihood of enjoying more resort services as a part of day to day life, greater market value with higher exposure to international tourists, and more options in flight access.