Part of the distinct lure which Yucatan real estate holds for retirees is the combination of the colonial charm in architecture and the presence of relics from local ancient civilizations. This feature of Mexico retirement for Yucatan has recently been advanced with the introduction of a new museum of the Mayan civilization.

The new project was approved in early March 2011, with the governor of the state authorizing the initiative for the museum, which is the first of its kind in Yucatan, and will require an investment of about $35 million dollars (411 million pesos,) including both state and federal contributions, with private investor financing as well.

The museum will be located in the city of Merida, the state of Yucatan's charming colonial capital. The city has already been drawing a growing number of American and Canadian retirees attracted at partially by the classic Mexican architecture of the city's historic center (which is the second largest in Mexico), the many nearby ruins of Mayan pyramids, including Chichen Itza, one of new Wonders of Ancient World, and the safe, calm and relaxing lifestyle of this warm city.

The colonial homes in the downtown area are among the favorites of Yucatan real estate; many of these homes can be purchased for very reasonable prices and renovated to include all modern living conveniences. They also offer retirees the advantage of being able to walk everywhere; to local markets, shops and even larger stores, as well as to many of the city's attractions such as museums, galleries and many excellent restaurants.

This new museum will add a new attraction to those which already exist, combining the city's cultural lifestyle with the a connection to the area's ancient past.

The project also shows the confidence that both private and public funding sources have in the area's tourism and cultural lifestyle.

Region: Yucatan Real Estate by Mitch Keenan has been a Licensed Broker in the United States since the 1980s. He holds a GRI and a CRS from NAR (National Association of Realtors). With over ten years of living and working in the Yucatan real estate industry, Mitch brings American business ethics and Mexico business experience together to give buyers unparalleled service. 512-879-6546 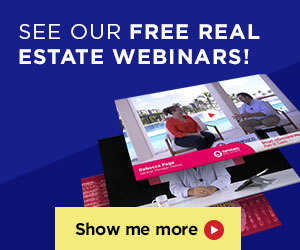