You are here: Home / Luxury / Call it Puerto Peñasco or Rocky Point, Call it Home 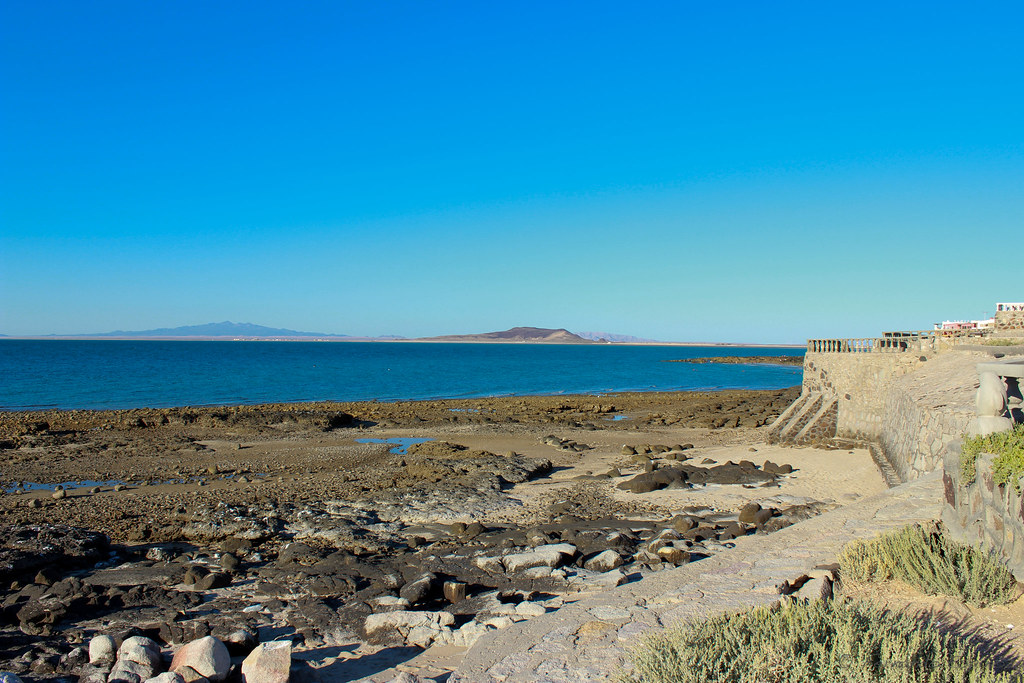 Or Arizona’s Beach as it is also known. It really does not matter. What matters is that Puerto Peñasco or Rocky Point is a wonderfull place to retire, live or vacation in luxury. Many come for vacation and decide to go pack and come back. But lets talk a little more about this amazing place.

In what was a fishing village called Punta Piedra, more than half a century ago,  Puerto Peñasco sits blissfully. This breathtaking town is the shelter of not only hundreds of fishing boats, but  magnificent yachts and faboulous boats. In the region it has been better known as Puerto Peñasco or Rocky Point, even Arizona’s Beach due to the hundreds of thousands of visitors coming from (from Arizona, Nevada and California). 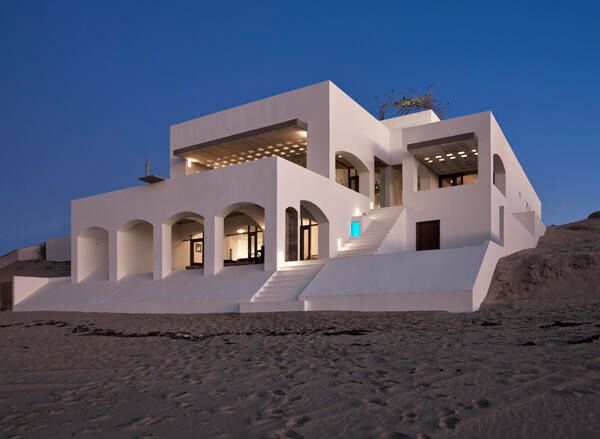 The history of Puerto Peñasco starts in 1937. Rumor says that it is when the first hotel for the workers of the railroad, the pier and the urbanization of the city was built. And thus improved the economy of the rising port. In 1939 work began to link Punta Peñasco with the international border in the town of Sonoyta.

Puerto Peñasco or Rocky Point is one hour from the border with the United States. And six from Hermosillo, the capital of the state. So, since the end of the last century, it has become one of the most important tourist centers. Since it offers dozens of kilometers of beautiful and vast beaches of fine sand. Also there are multiple estuaries amidst the lush vegetation. And finally, coastal natural attractions bathed by a blue sea full of life,  favored all year round by the warmest sun.

The tides are very important for everyone in this beautifull city. And every day they look up at the sky to distinguish the moon phase. Because for the fishermen the ebb and flow of tides is an inseparable companion, which marks the daily rhythm of fishing. This cycle has shaped their fishing activities for decades, because it is almost impossible to alter their effects.

The sea level can vary up to 7 meters. And at low tide it moves hundreds of meters away from the coast. This way it exposes various life forms such as fish, stars and urchins, snails, crabs and other strange animals. Some miles north of the port, at Punta Pelícano, the low tide creates tidal pools. Where a simple pair of googles ar enough to admire multiple colorful fish, beautiful corals, sponges, sea turtles and many other sea fauna. 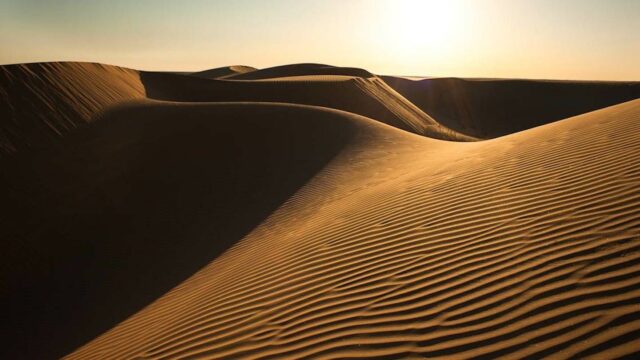 The Sonoran Desert creates landscapes only possible in this distant destination, with dunes where the action never ends. There, all-terrain vehicles, motorcycles, and sand buggies increase adventure activities throughout the year. The region invites to comfortable tours, sport fishing, and adventure. And an amazing experience for the bird-watchers visiting Isla San Jorge or Isla de las Aves, almost 50 kilometers to the south.

It is also possible to live the natural history of Estero Morúa.  Enjoy beautiful sunsets from a your terrace, and stroll along the bay. Or even see the jumping of dolphins or the daily passage of whales during the winter. All in the most pleasant temperatures of 35 ° C in summer and 18 ° C in winter.

This small town with the flavor of a resort, awaits the visitor all year round. But also has its very own festivals, such as the Cultural Festival of the Desert, in February. There are also sporting events in the dunes. The Shrimp Festival, in September and the Bike Rally that takes place every year here. Finally, the proximity to the United States also allows us to coincide with thousands and thousands of young people, who during countless weekends, create a festive atmosphere and transform the streets and beaches with joy, music and color.

The beaches in Puerto Peñasco

In the sunny beaches Hermosa, Bonita, El Mirador and Playa de Oro, with their moderate waves, they favor the practice of skiing, windsurfing, sailing, swimming and snorkeling. You can carry out other activities, such as sport and fishing all year round. Thanks to the benign marine environment, where the most common species are snapper, drumstick, Sierra, cochito and cabrilla.

And the boldest can practice diving in the transparent waters near San Jorge Island, where it is possible to experience contact with sea lions, dolphins and even with the vaquita marina, a mammal endemic to these waters and in danger of extinction.

The importance of Puerto Peñasco

Puerto Peñasco has residential developments such as Las Conchas, in the south, near the headquarters of the multinational(CEDO). CEDO (Intercultural Center for Desert and Ocean Studies) is a center where the valuable work of numerous Mexican scientists stands out, who develop conservation and research projects in the two huge biosphere reserves that surround Puerto Peñasco.

To the north, El Pinacate and Gran Desierto de Altar, with its huge dunes, sahuaros and almost lunar craters; and to the northwest, the Upper Gulf of California and Colorado River Delta, as habitat for unique marine species and almost extinct wetlands. They are almost unknown environments that you can be visit in tours of a few hours, always coordinated with personnel of these protected areas.

How to get there

Gone are the days when arriving in Puerto Peñasco was an odyssey. Km 242, Puerto Peñasco Station, of the Sonora-Baja California railroad, today is well connected by land, air and sea. It is an isolated oasis without borders, a distant destination in a fascinating bay, which resurfaces every time with the hustle and bustle of a modern city, and like few corners, offers an unsurpassed inventory of attractions for national and foreign visitors.

This desert sea paradise ranks as one of the fastest developing resorts in northwestern Mexico. It is a magnet for thousands of tourists who enjoy the sea, the beaches and the sun. And the most beautiful waters, those of the old Bermejo Sea, Sea of Cortez or Gulf of California. 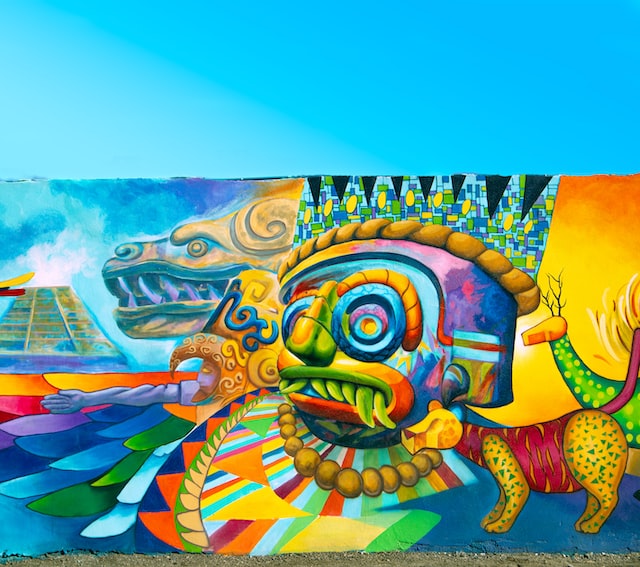 Whales and marine life on the walls and buildings

The exterior of the Auditorium, the local Library and the House of Culture, are the scene of the most impressive drawings of huge marine animals in the region. Here the walls and all the buildings have been painted with unparalleled works of art that a dozen children made, with the support of distinguished inhabitants of Puerto Peñasco.

Call it Puerto Peñasco or Rocky Point, but call it home. Call now any of our professional buyer’s representatives and be the owner of one of the magnificent homes in Puerto Peñasco.

My name is Joseph Toland; I am a founding member of Rocky Point Best Real Estate Services. I first fell in love with Rocky Point in the 1980s while visiting with family. Since that time, I have witnessed firsthand the amazing transformation of Rocky Point. Since 2004, I have sold prime real estate in Rocky Point, closing several real estate transactions. I will happily take you by the hand and guide you through the entire process, ensuring a stress-free experience. Read more