“Did somebody die on the construction site?”

That was the question I got earlier this month on a phone call.  It was a Canadian who we helped buy a home in a new development here in Playa.  I have to admit – I was worried, even though I shouldn’t have been.
“What do you mean?” I asked. “What happened?”

“Well there’s a cross up on one the buildings – one that they’re still working on. It looks handmade, just out of wood from the site. They put it up quickly this morning.  We tried asking the workers, but, you know, the whole Spanish-English thing.”

“Really?  Are you sure?  I haven’t heard anything.”

“Well we say a priest there and everything.  It looked like some special service – we thought it might be some memorial on site for the other workers or something.”

After ending the phone call I was about to start making some frantic calls to the developer and construction team. But Bea had overheard.

I told her the story.

“Oh, they do that every year at the beginning of May. It’s for the day of the workers and the Holy Cross.”

Of course!  I knew that.  The concerned Canadians on the phone had got me worried, made me forget the culture.

At the beginning of May there are two holidays that workers have combined in a way.  May 1 is the international worker’s day, which is important for construction workers.  May 3 is the day of the Holy Cross, which is why they put the cross up.  They often have a priest come and bless the construction site.

I called the Canadians back.  We all shared a good laugh – and a sigh of relief! 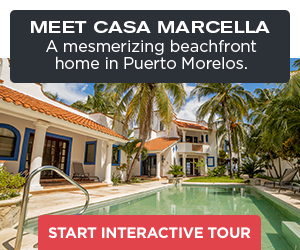