You are here: Home / Living and Retirement / 5 Essential Things to Know About Living in Mexico 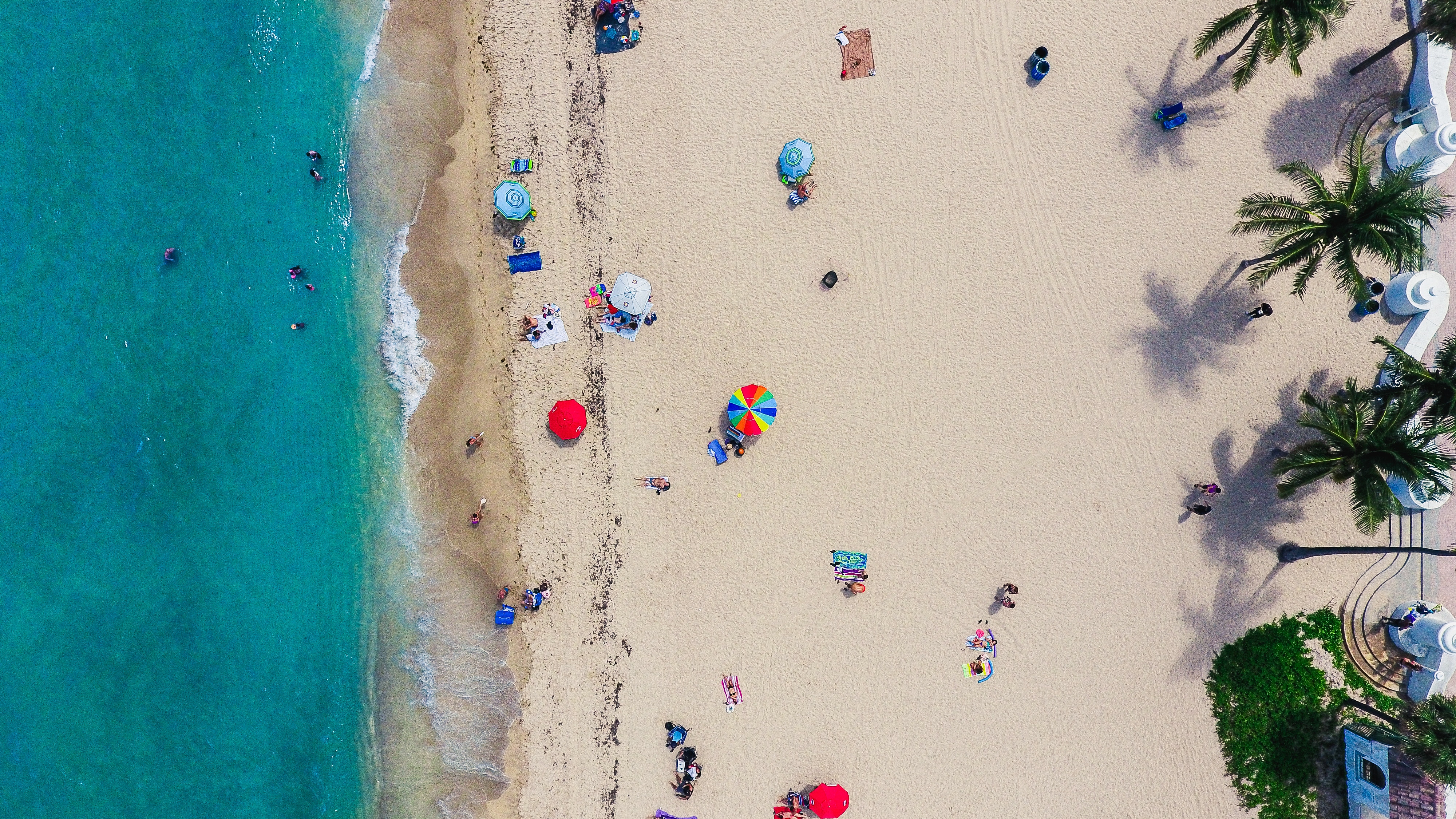 5 Essential Things to Know About Living in Mexico is a guest contribution by Sabrina Bucknole.

With a wonderful mix of urban and rural landscapes, it’s no wonder living in Mexico is an attractive option for those looking to settle in the sun. From thriving cities and endless beaches to dense jungles and isolated deserts, Mexico has it all. Mexico even ranks first place for culture, making friends and integration in HSBC’s Expat Explorer Survey, making it a truly appealing choice for expats looking to settle down in a welcoming and inclusive country. Whether you’re planning on relocating to Mexico or you’ve just made the move, read on. This article explores five must-know things about living in Mexico, the cost of living, lifestyle and the healthcare system.

On your arrival, prepare to be welcomed with open arms, for the locals are known as being friendly, welcoming and warm, which may also explain why Mexico is rated so highly for social life in HSBC’s Expat Explorer Survey. You’ll also find that the majority of people living here enjoy a slower pace of living. Embrace it. In North America and Europe it’s quickly becoming second nature to feel a constant sense of urgency. Even when doing simple things like the weekly shop. But once you take time to slow down and appreciate the little moments in life you’ll be all the more better for it. 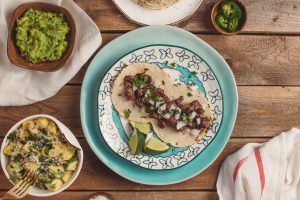 Another aspect of life you’re sure to appreciate when living here is the great work-life balance. In other countries people tend to eat around their work schedule. Not in Mexico. Here, people work around their eating schedule. This is because lunch (la comida) is considered the most important meal of the day. As such, it is a lengthy process consisting of many small, yet delicious, dishes. Once the work day is over, it doesn’t stop there. According to Claudia, a Mexican expat currently living in the UK, “you’ll usually see people going out for dinner at a restaurant during the week” – further highlighting that the culture around food and eating is an important element of life in Mexico.

With that said, the work-life balance does have its downsides. For instance, commutes can be long and arduous, made clear in OECD’s Better Life Index which reveals that Mexicans work longer annual hours than workers in all other OECD countries, and have one of the longest average daily commute times in the OECD. On the other hand, in smaller cities like Playa del Carmen and Tulum, commutes tend to be short. Plus, the government has been tackling congestion problems by opening new routes and fixing streets to make commuting times shorter. Commuting times can affect the general work-life balance, but Mexicans make the most of their spare time. Besides indulging in Mexico’s culinary delights, Mexicans also know how to have a good time.

Every year, Mexico is flooded with spectacular festivals and events. For example, the Festival del Centro Historico, a two-week event which is held in Mexico’s buzzing capital. Here you can enjoy impressive art pieces and live performances such as dance, music, theater and opera. One unmissable and truly remarkable event to mention is the infamous Day of the Dead. This other-worldly yet fantastic festival is an annual celebration that takes place across the entire country. More notably, the central and southern regions. The Day of the Dead honours those who have died and commemorates their lives by welcoming their spirits back to the earth.

One of the first things that surprises expats when moving to Mexico is the immense size of the country. Almost 2 million km² in size, Mexico is home to a number of popular destinations with Mexico City at the heart of the country, Cancun to the east and Guadalajara to the west. When choosing where to settle, “it’s important to understand the distance between one place and another” says Claudia. Many expats underestimate how far major cities are in comparison to one another. This is why it’s important to think about how far you may have to travel to access healthcare services, supermarkets, schools, and so on, before choosing a place to settle.

Fortunately, places like the Riviera Maya offer close proximity to all these services. Services and facilities are widely available in all major cities, too. So, you won’t have to worry too much unless you’re thinking of settling somewhere more rural.

Another thing that may surprise expats moving here is that people don’t tend to walk much. Footpaths can vary greatly both in major cities and rural locations. In areas like the Riviera Maya, however, footpaths are in great condition due to the tourist nature and walkable destinations. Claudia also explains that “public transport is not great outside of Mexico City, so if you want to move around you may have to rely on taxis or Uber”. She continues to say that “Uber is accessible in some cities, but not everywhere, including the Riviera Maya, so it’s best not to take this for gratned”. Most of Mexico’s major cities offer transport like micro buses and rail-based metro systems. Coastal havens like Playa del Carmen also offer consistent transportation services like ADO Bus, taxis and colectivos (city buses). 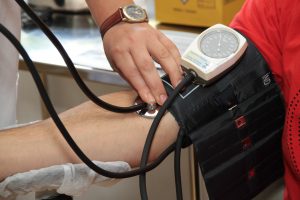 Mexico’s healthcare system is complex and can be very confusing to understand at first. To put it simply, Mexico is made up of a combination of private, public, and employer-funded healthcare schemes. Mexico operates a universal healthcare system which offers free or heavily subsidised health care for all Mexican nationals, regardless of employment status. Most people opt for private health insurance, however. Private services and facilities are of a much higher quality. Because places like the Riviera Maya are hotspot for tourists and expats, healthcare services are top-notch. You can find private hospitals and clinics throughout. Claudia, also highlights the often unreliable nature of Mexico’s public healthcare system. She says, “regarding access to healthcare, the recommendation for anyone relocating is to get private health insurance because the national healthcare system is not very reliable”.

Mexico’s national language is Spanish. Even though English is widely spoken in many major cities, not everyone will dominate the language. Claudia advises that “it is essential for expats to learn the basics of Spanish such as how to ask directions and other introductory phrases that could help in an emergency”.  There are also many expat communities where English is widely spoken. These communities are usually made up of those traveling, relocating for business, or retiring. “Many retirees flock to Cuernavaca (aka the city of the never-ending spring) where the weather is good throughout the year, a great place to settle if you’re looking for a slice of the easy life” says Claudia.

The Riviera Maya is home to another thriving expat community. And due to the influx of tourists and new residents, the area is home to many English-speakers, including professionals in the medical field. This gives you piece of mind if you’re ever in need of medical assistance.

Cost of Living in Mexico

However, the cost of living in Mexico can vary depending on where you live. Areas popular with tourists and beach locations such as the Riviera Maya, Puerto Vallarta and Los Cabos can be slightly more expensive. Especially when it comes to real estate, dining out, and shopping. With that said, given the incredible locations, there is plenty of opportunity to invest in real estate and find a place to call home.

Low living costs, an inclcusive culture, and a lifestyle that celebrates a slower pace make living in Mexico popular. Expats looking to settle down can find paradise here. As a welcoming home to diverse yet breathtakingly beautiful landscapes and friendly locals, Mexico is a truly wonderful place to call home.

Sabrina Bucknole is a writer from the United Kingdom. When she’s not looking for her next adventure abroad, she spends her time writing about travel, expats and finding work abroad.