You are here: Home / Top Tips / Safety in Mexico: Putting Things into Perspective

Letâ€™s put things into perspective. You are traveling somewhere unfamiliar and do some research beforehand. That way you make sure you know everything about the country youâ€™re visiting. When researching Mexico, you find out that there are certain things that jump out safety-wise. Safety in Mexico has long been criticized by the international media. In fact, warnings have been put up by the US government to stray away from traveling to the country. But, to what level are these safety warnings true? 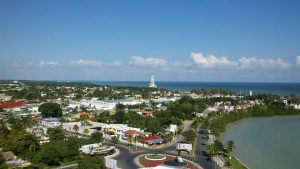 Further research will show you that Mexicoâ€™s crimes rates are not actually affecting tourists or foreigners. In fact, many expats call this vibrant country home and have reported feeling safer here than back home. Yes, organized crime has affected the country in negative ways, but tourism has yet to see any repercussions of that. The main thing is to always be alert and aware of your surroundings. That applies anywhere in the world.

To put things into perspective, letâ€™s take a look at some facts. Quintana Roo is not only Mexicoâ€™s number one destination (and Mexico the sixth most visited country in the world), but the state is also the fastest growing state in all of Mexico and Latin America. It has an annual growth of 13.28 percent. Over 2,000 expats live in Quintana Roo, and approximately 1.2 million foreigners live full-time in Mexico. This does not include snowbird figures, which pushes numbers well into the couple of millions.

Your Safety in Mexico Depends on You Too

Regardless of the cartels, Mexico is safe for anyone visiting or living in the country permanently. The recommendations are to always stick to familiar places, donâ€™t wonder into dark alleys in the middle of the night, and take your precautions before heading outside. Tourists tend to go about flashing dollar bills, big Rolex, and other expensive items. Common sense should tell you to always keep those things out of sight to avoid pickpockets or any other muggings. 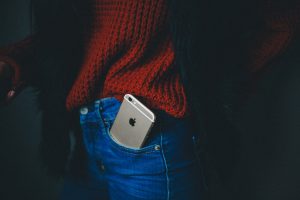 With Mexico being the sixth most visited country in the world as of 2018, you may imagine that safety is not much of a concern. Playa del Carmen, for example, has thousands of condos and houses on rent that have a whopping 80% occupancy rate throughout the year. In comparison to the statistics on crime rates in the USA, Playa del Carmen and all of Quintana Roo are extremely safe. It is always good to use caution when traveling, however.

The government has put forth millions of dollars in safety in Mexico, especially in tourist areas. Places such as Quintana Roo, Nuevo Vallarta, Los Cabos, Ajijic, Mazatlan, San Miguel de Allende, and others, are the main tourism engine of the country. Therefore, plenty of focus is put towards these areas to keep them safe. As long as youâ€™re careful of your whereabouts, there is not much you need to worry about. All you have to do is have a great time while visiting our country.

While youâ€™re visiting our country, you might want to even consider investing in Playa del Carmen to make a passive income and travel to Mexico as often as you like.

And remember, at Top Mexico Real Estateâ€¦.we make it happen!