You are here: Home / Investment and Economy / Understanding Your Electricity Bill (CFE) in Mexico 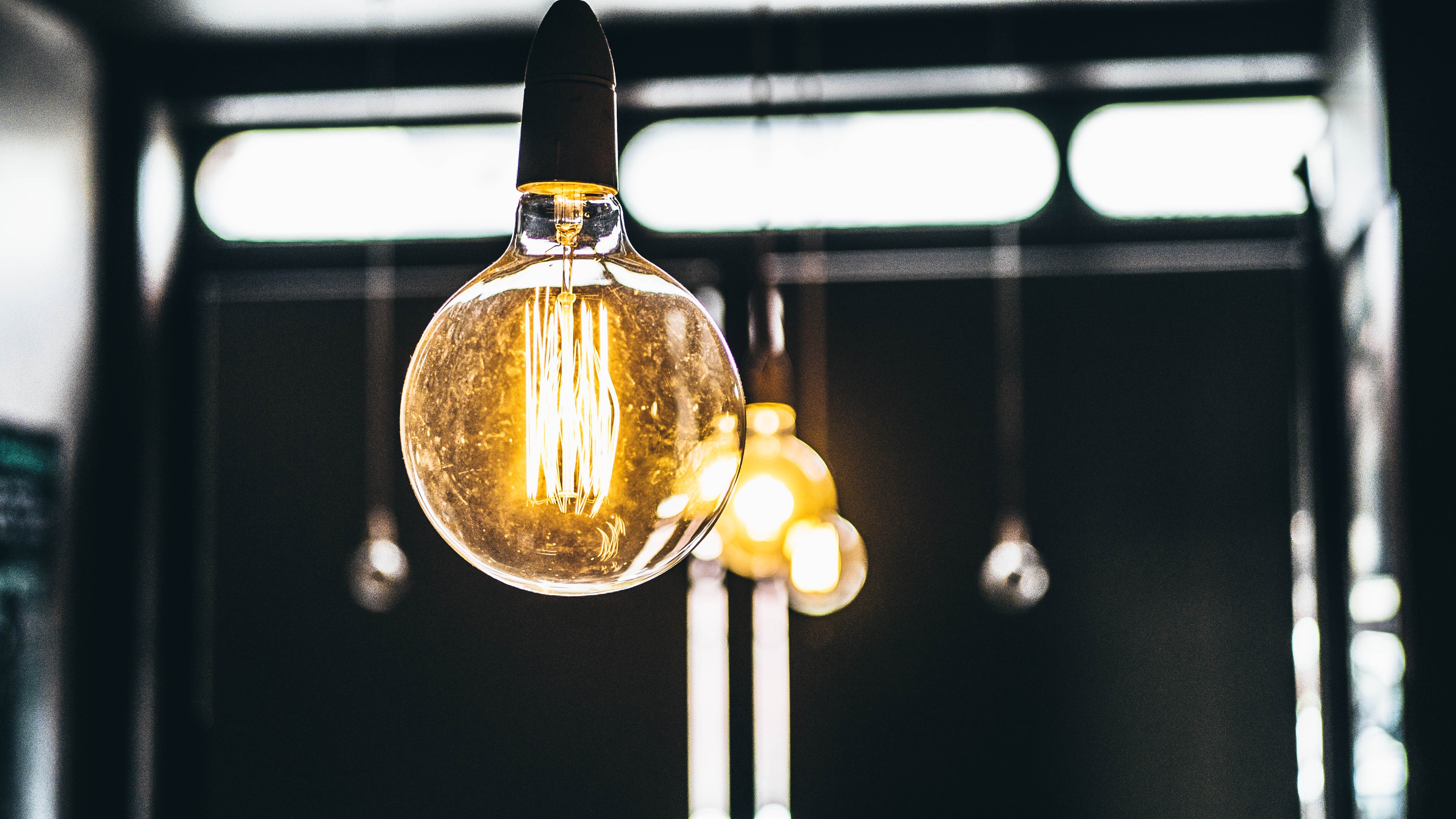 Any homeowner in Mexico can tell you that paying bills can be confusing. These tasks can be daunting and sometimes confusing, especially when it comes to basic utilities. Bills for water, gas and electricity (known as CFE in Mexico) are often changing. If you own a home in Mexico that you also live in primarily, you may find yourself constantly baffled by how your bills are calculated. It seems to be that the CFE bill is the one that confuses most expats, so weâ€™re breaking down the basics for you to understand how it works in Playa del Carmen.

The CFE (Federal Electricity Commission, for its initials in Spanish) is the government authority in charge of providing electricity services in Mexico. It is also the establishment that sets the rates and receives the payments. Electricity bills charge the kilowatts per hour (kWh) used in your home. You will receive this bill bi-monthly and there are several ways to pay it. You can go directly to the CFE offices, do it through their app or website, pay at approved banks, supermarkets, pharmacies and convenience stores.

How does the CFE set the rate?

There are two different rates which depend on the season. Each rate includes three bills (every two months), which cover the whole year. The summer rate is billed from April 1st to October 1st. Meanwhile, the winter rate is billed between October 2nd and May 31st. This happens every year and does not change.

These rates, called 1B, have a government contribution. That means that while you are within the 1B rate, you are likely to pay less. In order to stay within this range, you need to consume less than 4800 kWh a year, or no more than 800 kWh every two months. But, what happens when you consume more? Then you are moved into the DAC category automatically. DAC is the Domestic High Consumption (for its initials in Spanish). High electricity consumers do not get a government contribution in their bill, and the price rises to approximately $4.39 mxn per kWh. The CFE will move you into this category when you consume over 4800 kWh in a year.

While this may sound complicated, itâ€™s rather easy to measure. In your bill you should be able to identify the last and most recent reading. You can subtract the previous reading from the most recent one and you will calculate your bi-monthly consumption. This way you can see how much energy you are using throughout the month and adjust your usage accordingly. Here is an example: 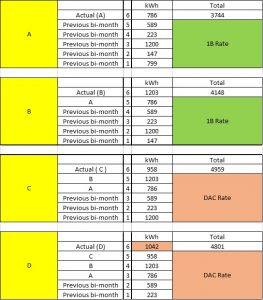 On bill A, the last six consumptions are no greater than 4800 kWh so the owner of this bill is within the 1B rate. On the next bill, the electricity consumption rises, but the addition continues being less than 4800 kWh, therefore staying in 1B. However, the third bill has consumptions greater than the established kilowatts per hour, hence moving into the DAC rate. The last bill shows a consumption of 1042 kWh, which means the owner of the bill stays within the DAC rate.

To avoid paying monumental bills every two months, it is wise to follow these tips to keep a low electricity consumption.

Avoid having your AC units on all day long. If you leave the house, turn them off. It only takes a few minutes for them to cool your home once you return. If you have ceiling fans in your home, consider using those when youâ€™re inside the home after running the AC for a little bit.

If youâ€™re running the AC, keep doors and windows closed, especially in small spaces. When you have the air conditioner on in a bedroom, close the door to avoid the cool air from escaping to the rest of your house. The more concentrated the air is, the less energy your AC will waste.

When you leave a room, or your house, turn off all the lights. It is also advisable to change to eco-friendly lightbulbs that consume less energy. 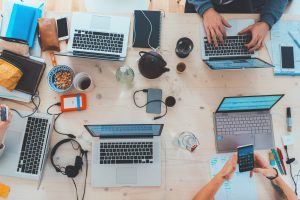 Not many people realize that electronics that are plugged in but not in use still consume a certain level of energy. Whenever youâ€™re not using something, make sure you unplug it. This applies to TVs, Blu-Rays, mobile chargers, and even your microwave. Consider that many of these appliances have a LED indicator that indicates when the appliance is off. That little light is using electricity to function.

Once you learn the ins and outs of how the CFE calculates your bills, you will be able to monitor your consumption every month and work to reduce your usage as much as possible.

If you really want to lower your consumption down to the minimal usage, you can invest in solar panels. With these your electricity bill will start reducing until it reaches 0 kWh.

Now that you understand how the government calculates your bills, you can start being more conscious about the electricity you use in your gorgeous vacation home in Mexico.

And remember, at Top Mexico Real Estateâ€¦we make it happen!