You are here: Home / Mexico Listings / Aldea Zama / Tulum Real Estate and the Archeological Zones in the Region 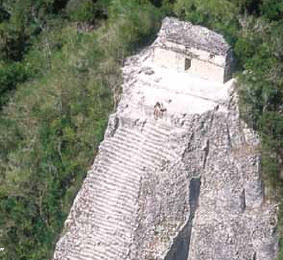 According to the Secretary of Tourism of Quintana Roo, Coba had close contact with large cities in Guatamala, Campeche and Quintana Roo such as Tikal, Dzibanche and Calakmul.  In order to maintain its’ power thousands of years ago, it had established military and matrimonial alliances with other communities at the highest levels.  Today, this historical site is one of many places to explore in the region that makes the Tulum real estate for sale grow in demand for many non-Mexicans.  New projects and developments like Aldea Zama in Tulum bring many extra amenities to the Mexican Caribbean life style.

Only 42 kilometers from the Tulum real estate region, Coba is one of the Mexico real estate market‘s most important aarchaeological zones which means “Place where the water is turbulent”.   There is a hypothesis that 900 to 1,000 AD Coba had entered into a large dispute with Chichen Itza which lessened its’ importance as one of the dominant populations in the Mayan civilization.

Because of the central location geographical location, it is estimated that nearly 60 paths lead to and from Coba to Xel-Ha, Tulum, Chichen Itza amongst many other cities.  SacBe means a raised road, normally a white road that leads between temples, and even between cities.  These were usually coasted with limestone stucco thus the white appearance.

Hector Moreno has been working in Real Estate in the areas of Tulum, Akumal, Sian Kaan for nearly 8 years. He is a certified real estate agent and owner/broker of Moreno Realty Associates. (512) 879-6546