It has been confirmed that the Spanish resort chain Iberostar will build a hotel in the Litibu Integrally Planned Center in the Riviera Nayarit, the area extending north and west along the Bay of Banderas from Puerto Vallarta. With an investment of $100 million USD the resort will feature 450 rooms. The new hotel is expected to bring benefits to the Puerto Vallarta real estate, one of the most important markets in Mexico beachfront for sale for expat buyers.

Iberostar Group announced the expansion of its investment plan into Mexicoâ€™s tourist destinations with the construction of the new hotel.Â  The Litibu Integrally Planned Center (CIP) is being developed by Mexicoâ€™s National Fund for Tourism Development (Fonatur), the government agency responsible for planning investment into Mexicoâ€™s tourism infrastructure.Â  The hotel project includes the construction of a five star hotel with 450 rooms.

Currently the Spanish operates nine hotels, two golf courses, two convention centers and shopping center in Mexico, and is one of the major participants in large-scale foreign investment into Mexicoâ€™s tourism industry.

This agreement was presented by the Executive Vice President and CEO of Iberostar, Sabina FluxÃ¡, in coordination with the Secretary of Tourism of Mexicoâ€™s Federal Government, Gloria Guevara Manzo, and the Director General of Fonatur, Enrique Carrillo Lavat. The new facility will begin operations in late 2013.

This hotel will expand tourism in LitibÃº, located north of Puerto Vallarta and Punta Mita. The Integrally Planned Center already has one of the most important golf courses in the Mexican Pacific, designed by professional golfer Greg Norman.

This announcement is part of the strategy to promote the development of LitibÃº in the state of Nayarit, and Spirit beach, in Sinaloa, in order to strengthen the tourism infrastructure of top quality under the principles of sustainability and harmony with the environment.

Such investment is promising for ongoing tourism growth in the Puerto Vallarta area.Â  This brings new investment into roads, services such as stores and hospitals and activities for tourists, all of which benefit expat real estate buyers as well.

Update: The announcement actually refers to the completion of a past plan.

Hello, I am Michael Green, the Broker/Owner of Boardwalk Realty Puerto Vallarta. I am an active member of our local real estate board (AMPI). You deserve a real estate professional that will help you keep the right process from the beginning to the end; my team and I look forward to helping you get your dream home in paradise. 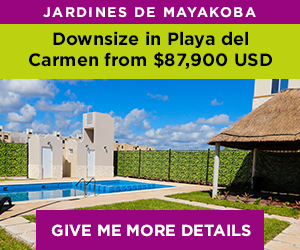